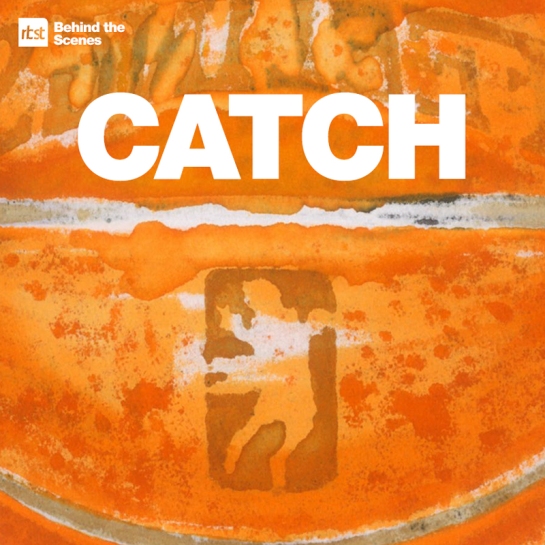 Urban Dictionary’s current top definition is about falling for someone at an inappropriate time. Well, it’s Valentines day this Saturday. But, that’s not what this is about. The phrase also applies to thinking something like a comment or conversation applies to (or is about) you in a more or less negative light.

For instance, if you think this drawing is about you, then maybe you caught feelings…!

I thought it was funny. But, hey. I was looking around for things to draw the other day, and a basketball sounded like a good idea.

I did a search for “basketball,” and the image above felt like a good one. It’s nicely lit. It has a simple ambient light source from below. And, the branding elements are forward-facing centered.

It was sometime after I found the image (maybe the next day while on delivery) that I thought it would be fun(ny) to spoof the Spalding and NBA logos. 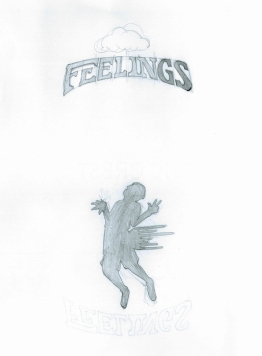 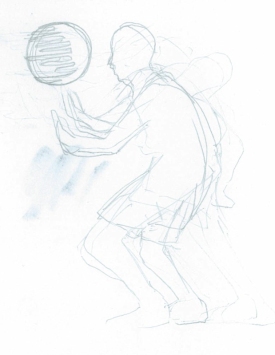 Tip: If you have a scanner and printer or photocopier at hand, you can print out your elemements at different scales to see what works best for your composition.

Because I’m not working digital, I think it’s safer to comp the logos before rendering them to the drawing. You can tune your elements and work out the compositions without really committing them to the piece. 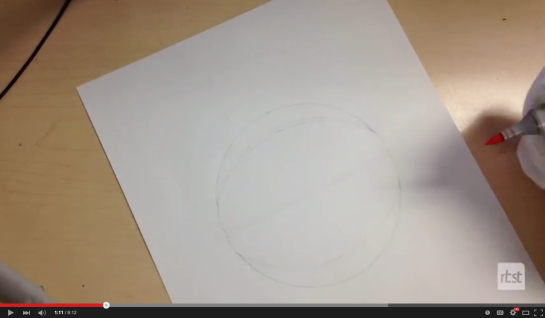 Like on cooking shows when they pull a cooked roast beef out of the oven right after prepping it, I prepped the basketball outlines before shooting. It’s ready for some orange.

#CATCH…! Uploaded the full #SpeedDrawing to my youtube. The direct link is in my IG bio. Will also post it on my blog soon along with some progress shots… | youtube.com/robeastv | #RBST #TimeLapse #HowToDraw a #Basketball with #Feeling…!

There are a few points where I think I should’ve or wanted to stop. This was one of them. I like the lighting, and the ball feels glossy. But, it looks too much like an orange here. Also, I spotted the blacks instead of going with a medium gray. One of the tips I got before was to use a gray for black areas. That gives you the option of shading those places for definition. My dark gray was completely dry, so I just went for it with 100 K. It’s cool. There’s a little more contrast this way.

With the ball almost done, I thought about stopping again. But, there were still a few personality elements to add. I axed the “OFFICIAL GAME BALL” text, initially wanting to write something cheeky like, “DON’T HATE THE PLAYER” or “HATE THE GAME.” That’s corny, though. I finished off with adding the mock signature (see signature comps above) and “COMMISSIONER.” 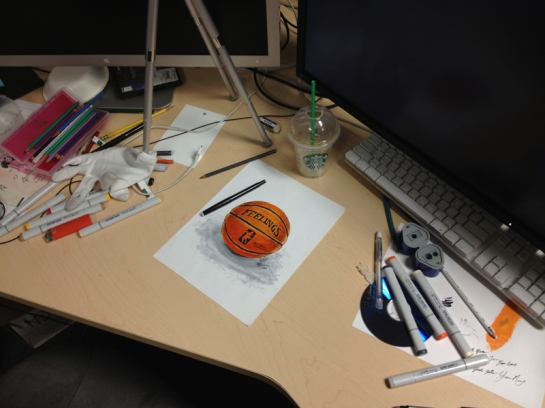 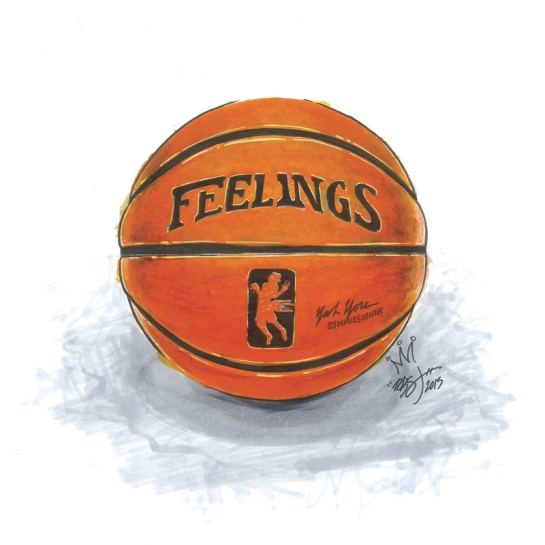 Thanks for viewing this post. If you have any suggestions for my BTS (Behind the Scenes) posts or have BTS-type posts you’d like to share links to, please feel free to leave a link and/or comment below…

Things to work on:

1. Light the work area better (for video).
2. Increase the shading and highlight contrast.
3. Get a bigger desk or declutter the work area.

The "Reduction" is the second iteration of my online portfolio. Part portfolio / part journal. I hold no affiliation with any of the entities mentioned on this blog unless otherwise stated. For design/illustration quoting or other info, please email me through the contact link above.

Currently in the window…